KNOTS RUGS IS A LONDON BASED DESIGNER RUG COMPANY WITH A FLAGSHIP SHOWROOM ON THE KING'S ROAD, CHELSEA

Led by MD and head designer Bonnie Sutton, they are known as one of the UK’s most innovative and artistic rug companies, their exquisite and sophisticated creations adoring the most luxurious of homes around the world.

Knots Rugs has its rug roots spanning 3 generations, starting in the 1930’s with Bonnie Sutton’s Grandfather, Alfred Sutton, a true Artist and talented restorer, expert of antique and oriental carpets and textiles. With a keen eye for design and a fine art aesthetic, Bonnie along with her father, Bernie Sutton, started Knots Rugs, back in 2007 in the memory of her Grandfathers work and passion. 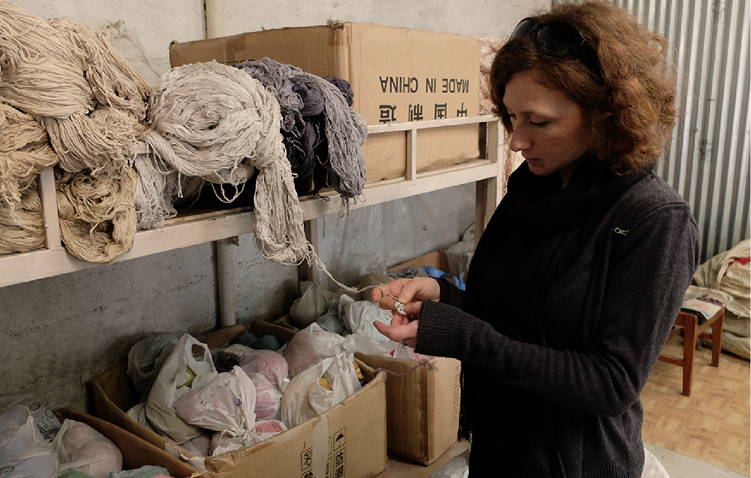 Knots production was a spectacular collection of Florence Broadhurst wallpaper designs successfully re-invented into rugs. First shown at 100% Design in September of that year, it was a huge success.

After re-branding in 2009, Knots decided to focus on their own unique design sensibilities and launched their first collection produced entirely in-house. ‘English Eccentrics’ first showcased at Domotex in 2010, earning a nomination for Elle Decoration British Design of the Year in 2013.

In 2011 the company opened a new showroom in the prestigious Kings Road, Chelsea. From their they have gone from strength to strength, creating landmark pieces including their remarkable 17th Century Modern and Classic Collection and the stunning artistic collaboration collection of 2017 - Your Floor is the Canvas.

This year Knots Rugs were rewarded for their bold and innovative designs with the Best Modern Design Select at the Carpet Design Awards Domotex 2020 for Fresco, a collaboration and interpretaion of the design created by the textile design company Blackpop in collaboration with the Sir John Soane Museum.