close
HISTORY OF THE POLONAISE RUG
The Polonaise rug, often mistakingly thought to be of Polish origin, emerged during the reign of Persian emperor Shah Abbas in the late 16th century. The weaving of these rugs became popularised over the course of the 17th century; made with luxurious gold and silver threads, the Polonaise rug increasingly found recognition as an icon of power. Shah Abbas often gifted these hand woven pieces to international visitors of his empire, with European nobility seeing the gift as the height of Eastern splendour. 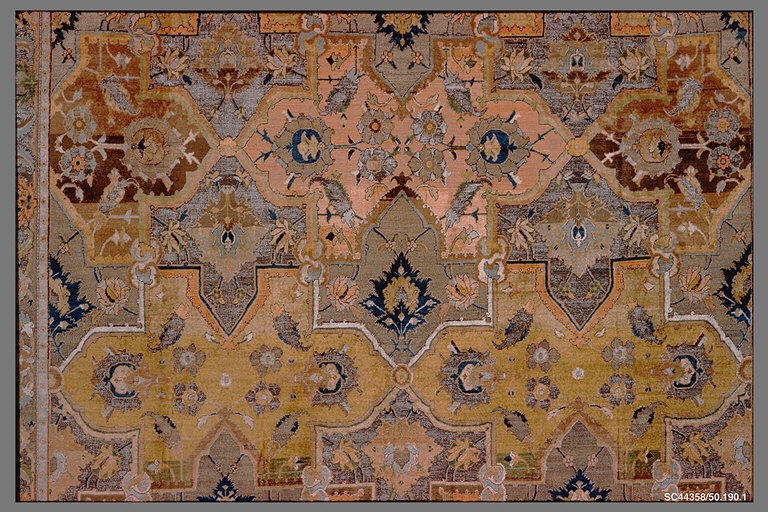 POLONAISE RUGS IN THE 17TH CENTURY

The combined use of silk and metal threads demonstrated the technical virtuosity of the weaver, with the carefully considered materials being used to articulate different aspects within the design. Persian carpet designs of this period often consisted of scrolling vines and palmette motifs, which stepped away from the previously popularised hunting and animal scenery of the 15th century.

The name ‘Polonaise’ was first coined at the Paris World’s Fair in 1878, where a number of examples of this type of carpet belonging to a Polish Prince, Ladislaus Czartoryski, were on display. With the Prince’s coat of arms often embroidered onto the design, visitors began to mistake the rugs as being of Polish origin, hence the name ‘Polonaise’ (the French word for ‘Polish’). 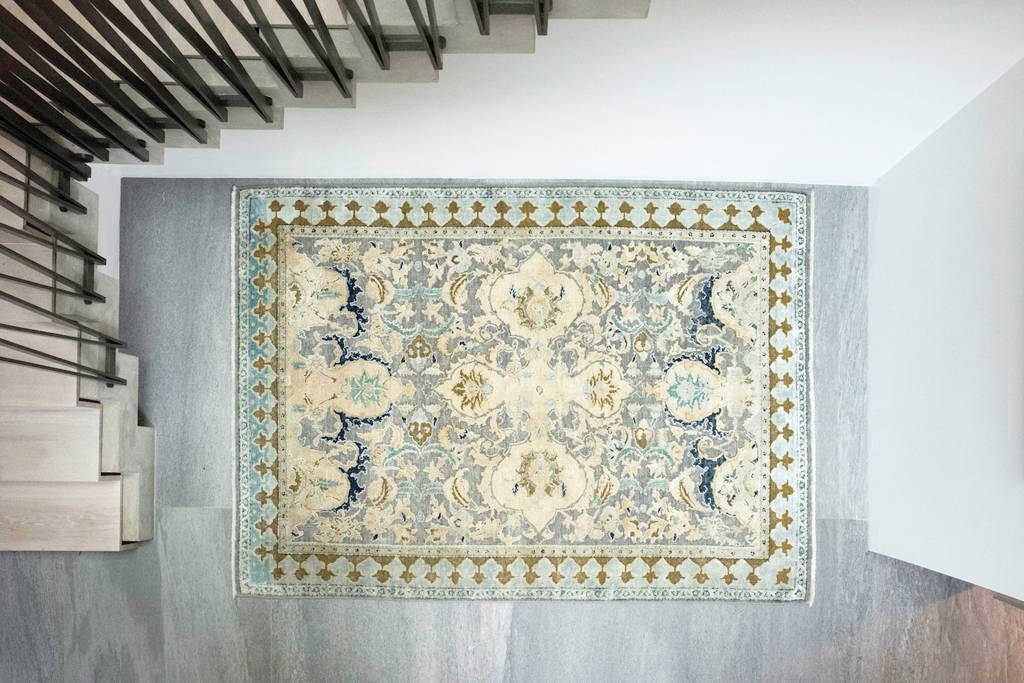 With approximately 300 of the original rugs still in existence today, Knots Rugs have designed a number of 17th Century Polonaise rugs with a contemporary twist. Inspired by the early designs of the Persian weavers, Knots Rugs uses silks as the overriding layer of the rug. The use of oxidised wools within the updated design however increases the 3D effect of the piece, demonstrating a modernised approach to the transition of materials.